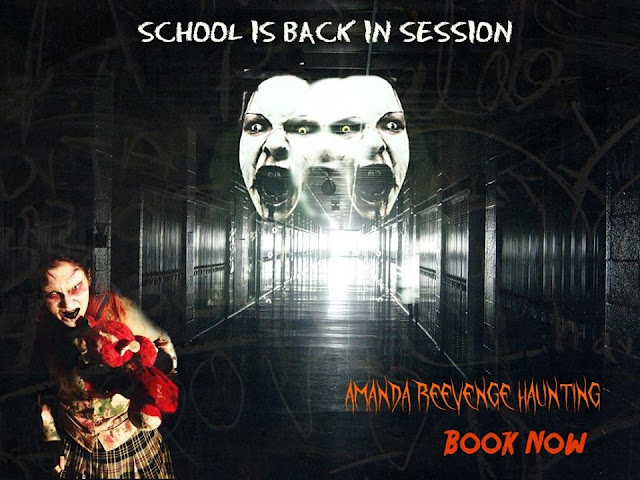 (HINT: Click the logo to go to her homepage!)

Heart pounding, hands shaking, sweating, the adrenaline pumping, anticipation building - then someone jumps out and you scream. PAUSE - hey, I’m that someone. I’m the person who lurks in the shadows waiting for you, I’m the thing that goes bump in the night. No, I’m not a serial killer, I work in haunted houses. My name is Amanda Reevenge, and I’m a haunter. For those of you who don’t know what that is, its not only people who work in haunted houses - its much more than that - its people who dedicate their life to haunted houses and Halloween in general. Its more than just a hobby, it’s a lifestyle. I surround myself with Halloween 24/7. It is my work and my play.

Let’s rewind to when I was about 4 or 5. My aunt took my older cousin and I Trick Or Treating. I was dressed up like Jasmine from the Disney movie Aladdin. We went up to this house with some scarecrows and whatnot, and the previous group had just run out screaming. All I remember thinking was “Please don’t jump out at me, please don’t jump out at me!!!!” You can guess what happened. Some guy jumped out at a 4-year-old already clinging to her aunt. I jumped so high, I landed in my aunt’s arms. It was after that I was afraid to go up to any house with scary decorations, let alone haunted houses. I know, I know, you’re thinking: “Wait you’re afraid of haunted houses?!?!?!” Well I was, up until I started working in them in 2008.

I had been in theater all my life, and won several acting awards doing so. I was trying to find a paying gig along those lines. One summer I taught kids acting, it wasn’t more than extra credit, but, hey, that was a start. I was bullied a lot as a kid, so acting was like an escape, I could be someone else for awhile and make some friends doing it.

In 2007, I had the idea to apply to a haunted house, but I was too young for that one, so they told me to come back the next year. In 2008, I went back and the day I was supposed to have my interview was the day they shut down. (Bummer, right?) Well I went to a birthday party at a place that was then called “Mel’s Funway Park”, and saw a big scary sign for Nightmare New England, and thought to myself: “I’m never stepping foot in that place, that looks terrifying.” Much later, I had the idea to apply there. I had an over-the-phone interview about a day before they opened for the first time, ever. The rest is history.

I worked there for 7 years, every season, even doing build. I remember when I turned 18, I spent my birthday working so that I could use power tools and climb ladders. In 2008, I had been the first line actor that wasn’t midway, due to a riot in the line. Much later, I did get Midway, which was a workout. In 2009, SpookyWorld joined Nightmare , and it was there I met many friends that I’m still great friends with to this day. I also started doing guest acting. My first one was on accident. I went to to see the Dream Reapers X-Mas show, before haunts started doing holiday shows. I went to go through, and I ended up acting. I’ve also worked The Dent Schoolhouse in Ohio, Scareatourium in Ohio, Necromanor in Louisiana (whom I also did actor training for), Dark Hour in Texas (whom I was on their original build crew for in 2013, costumed for them, and have acted with a lot), Ghoulie Manor in Massachusetts (whom I’ve done training for), Brighton Asylum in New Jersey (whom I also did training for), and others here and there.

In 2015, I left Nightmare and teamed up with the cast at in . All indoors, 5 attractions. I did make-up and some build, (not much, build because I was in a whole bunch), and acted. As of 2016, I have 26 characters that I can play, and I do everything from build to booth babying at conventions. I costume, I act, I do make-up, I do scenic design, I model, I consult, I train actors/ staff, escape rooms, and guest act at all sorts of attractions. I’ve gone to Transworld, and Haunters Convention, where you can usually find me lurking around.

I love what I do, and I’m very passionate about it.

So, if you see me at a convention, feel free to say "hello"...if I’m in character, say hi to them, because “Amanda” isn’t in the building at that point. Feel free to send me a message on my Facebook page, or comment on my Vlogs on YouTube, all at Amanda Reevenge Haunting.

Keep your eyes peeled, you’ll never know what I’ll be up to next... 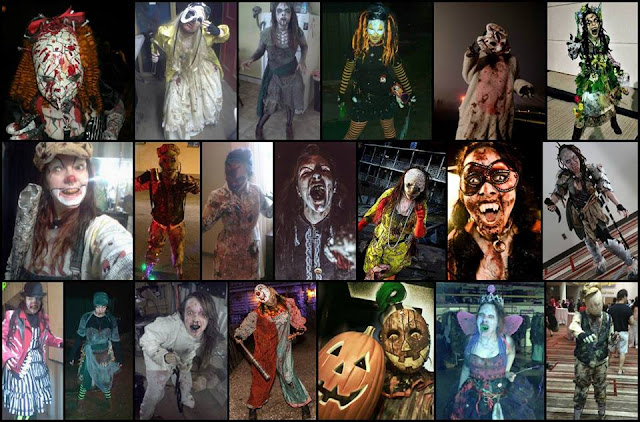 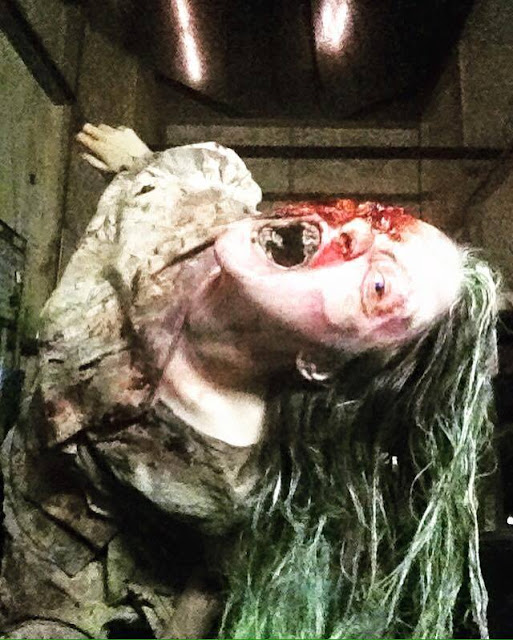 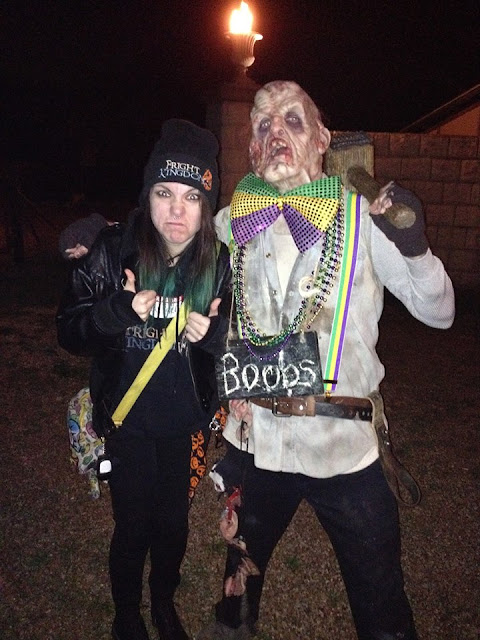 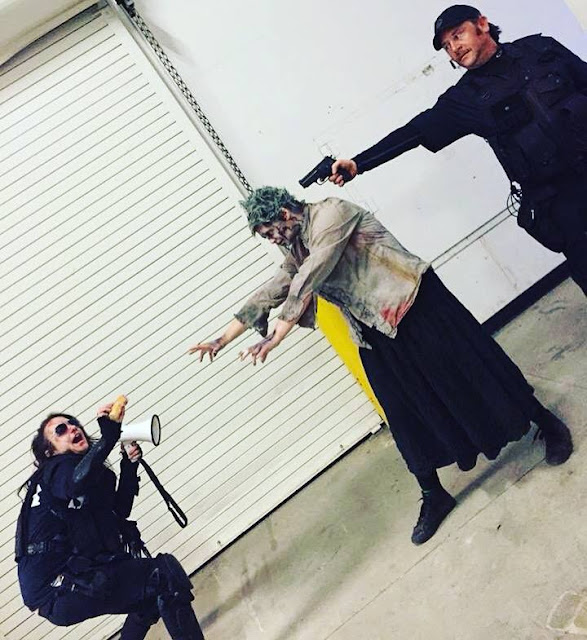 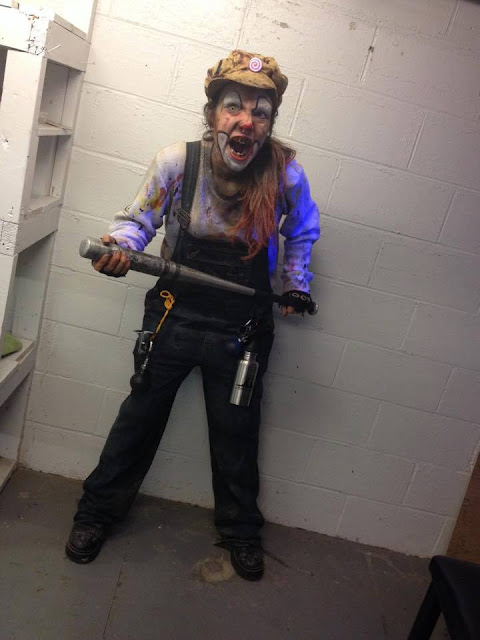 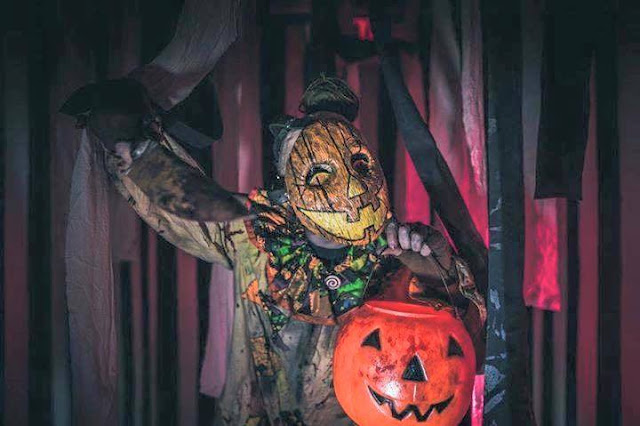 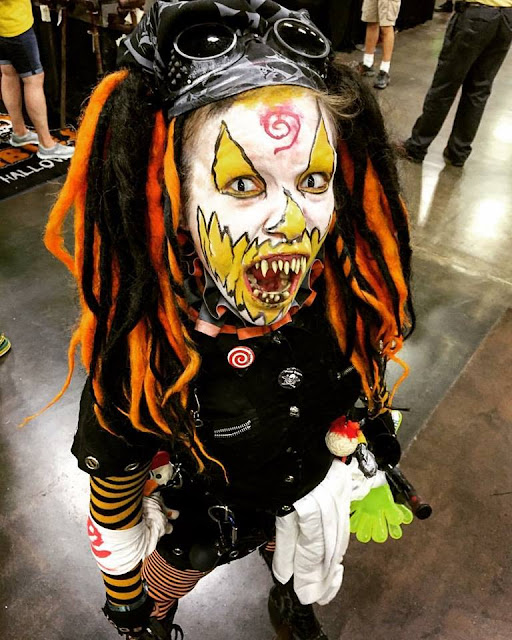 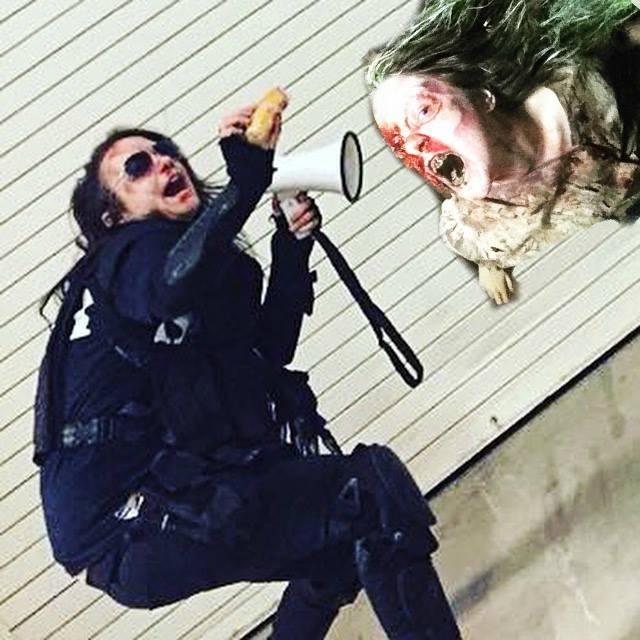 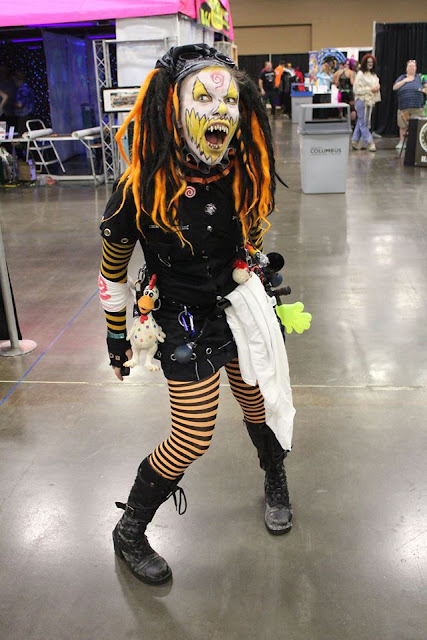 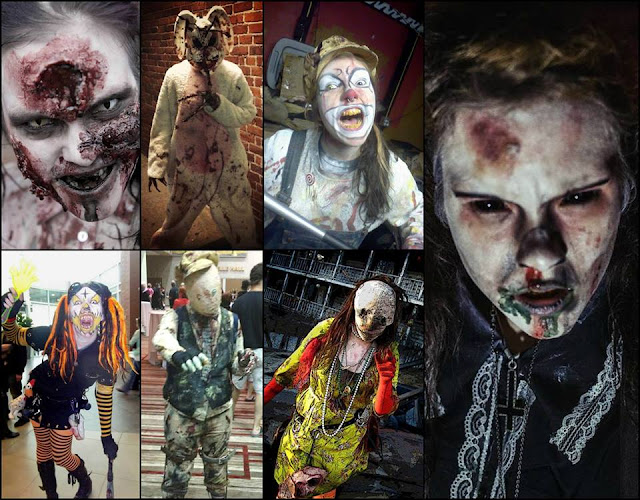 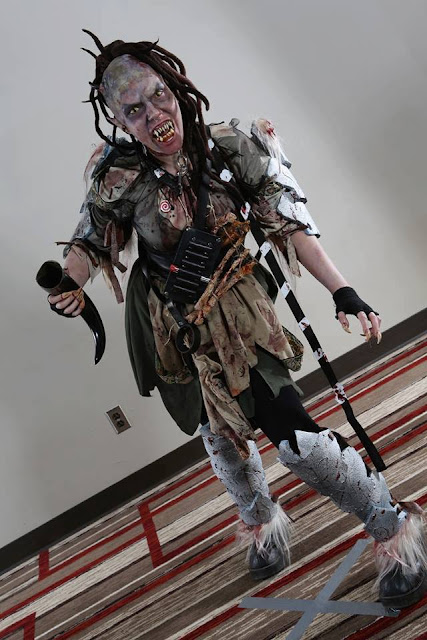 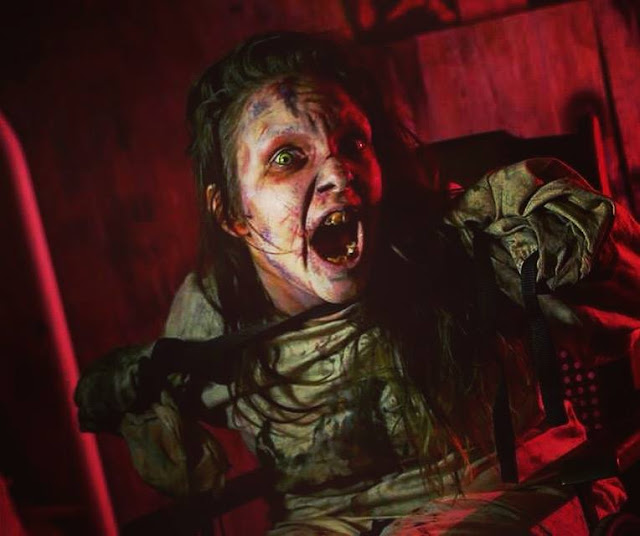 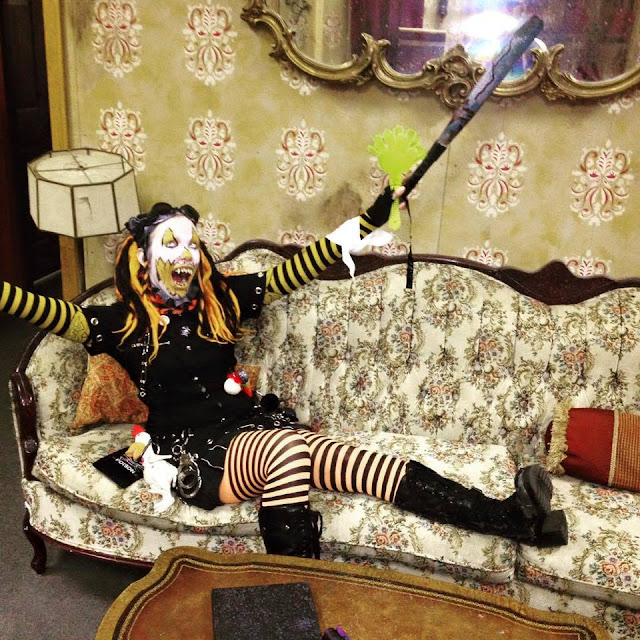 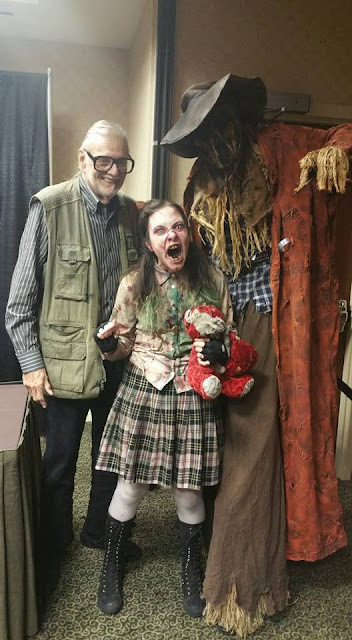 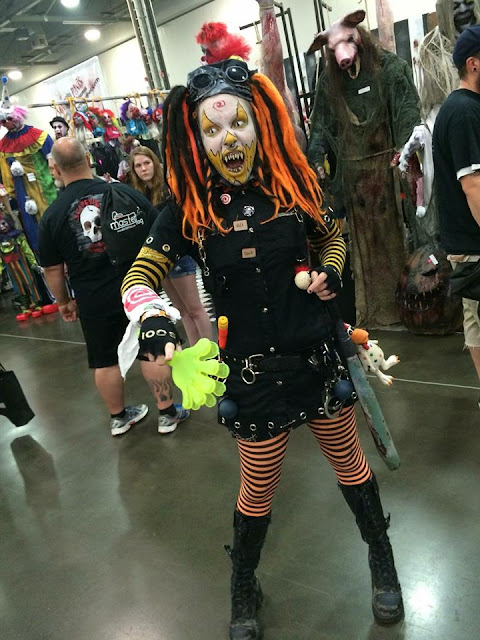 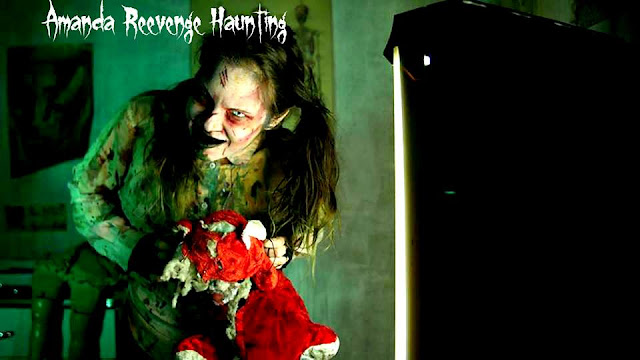 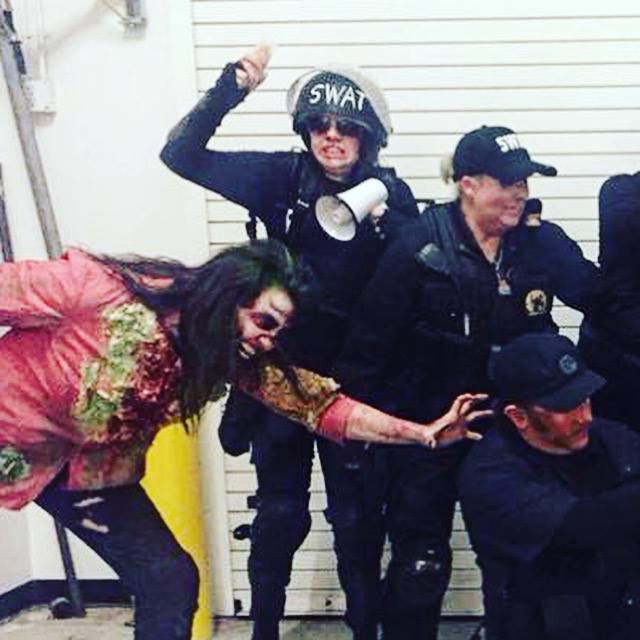 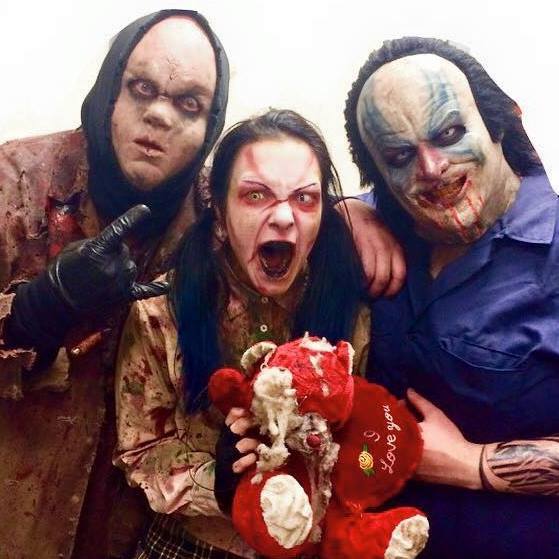 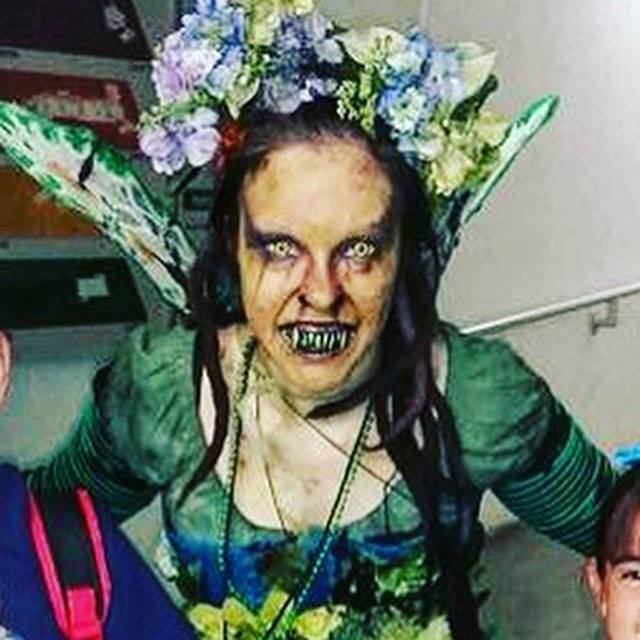 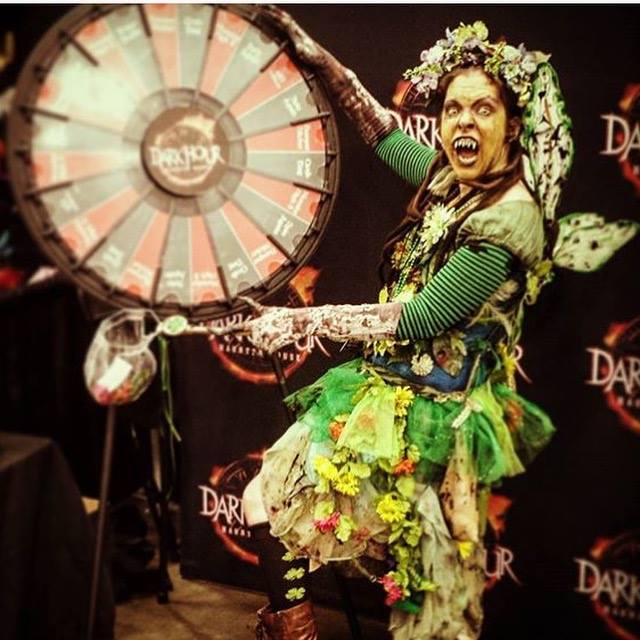 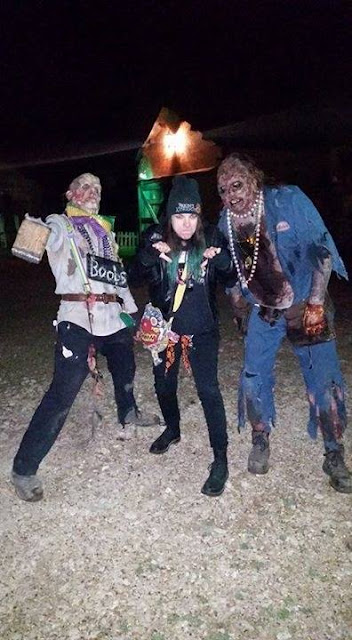 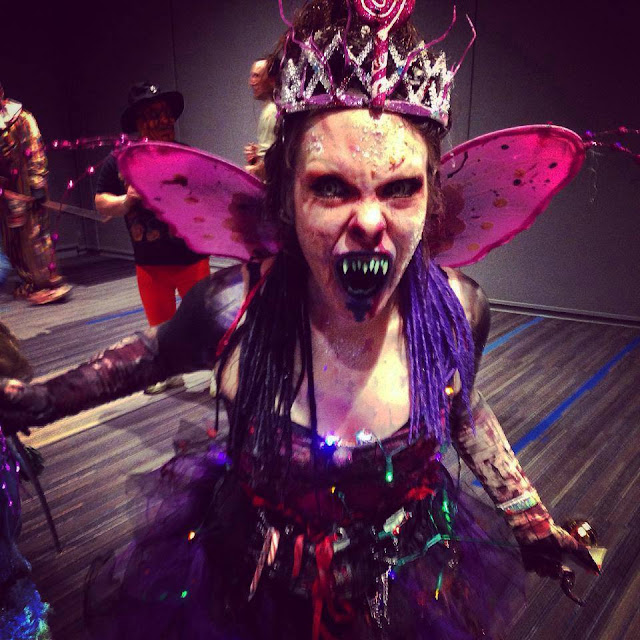 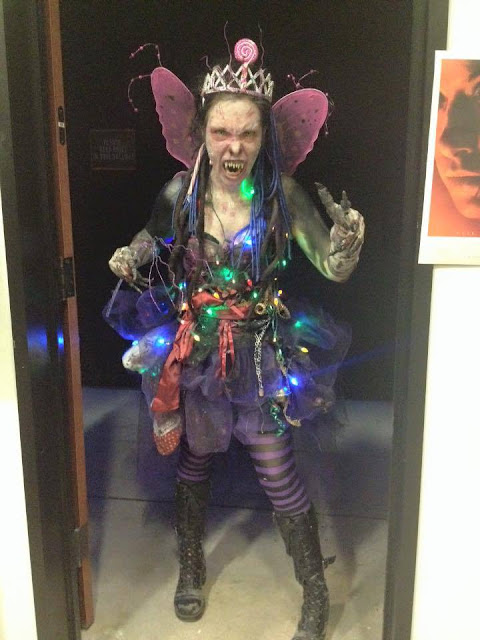 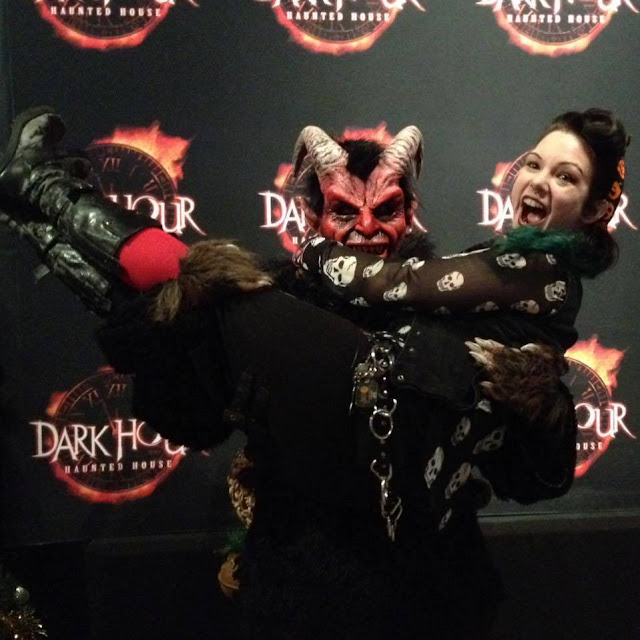 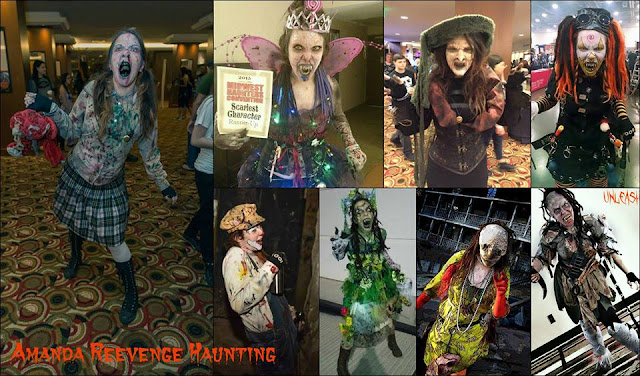 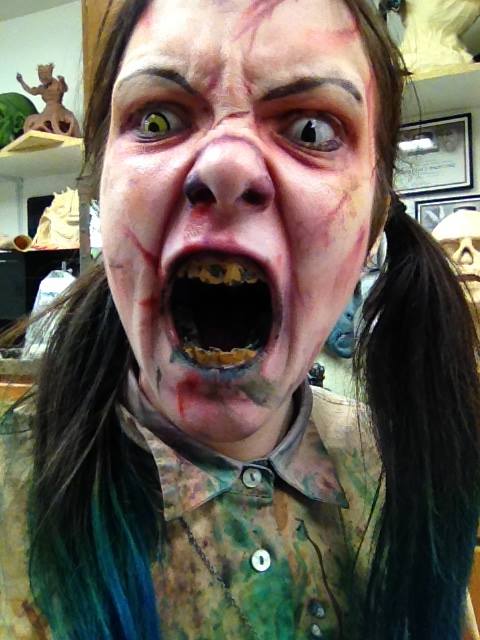 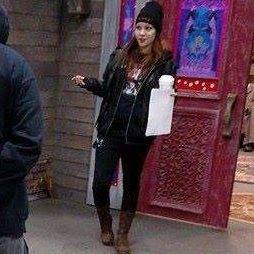