MIDNIGHT SYNDICATE - The Music of Your Nightmares.....coming live to Cedar Point! 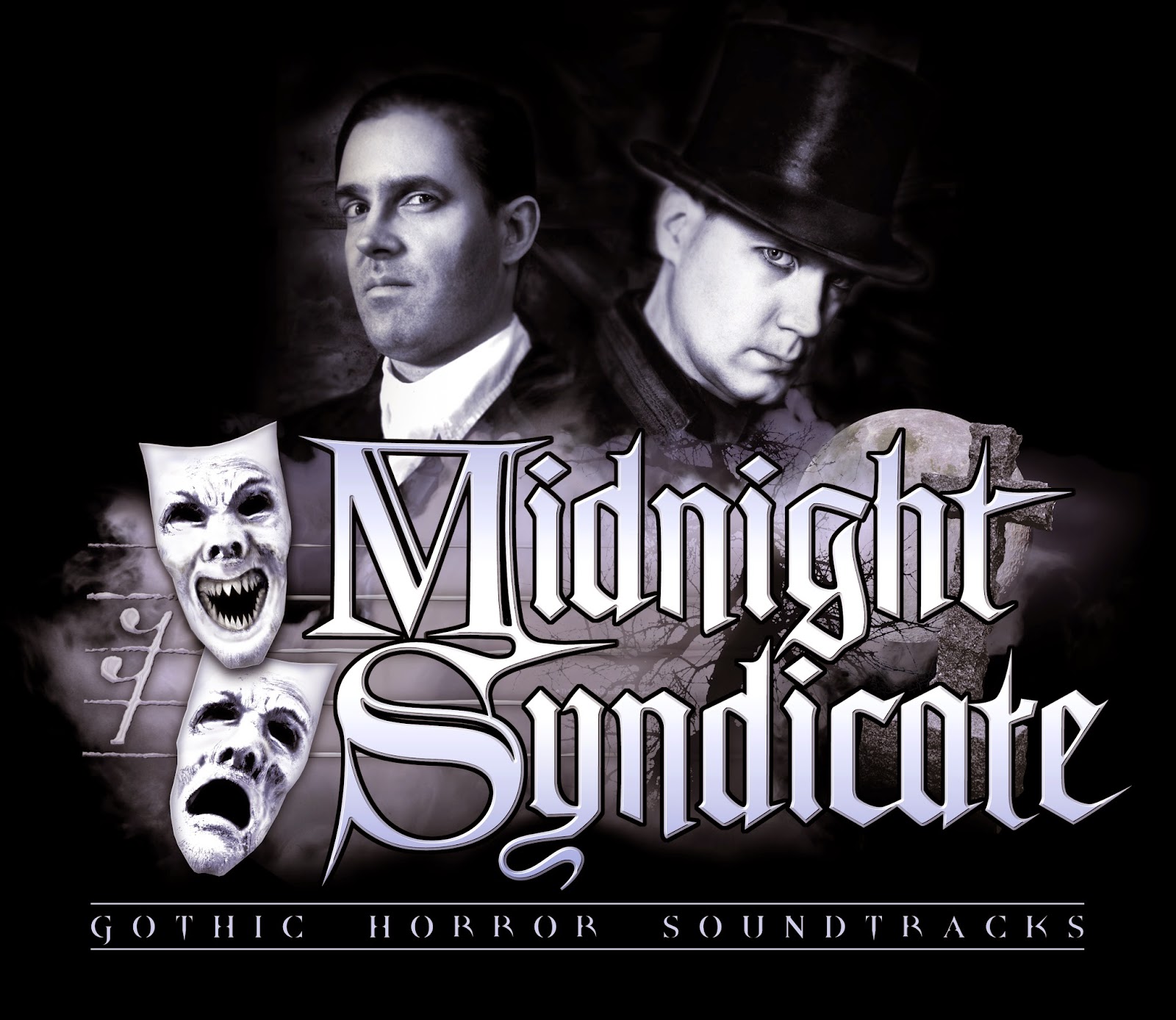 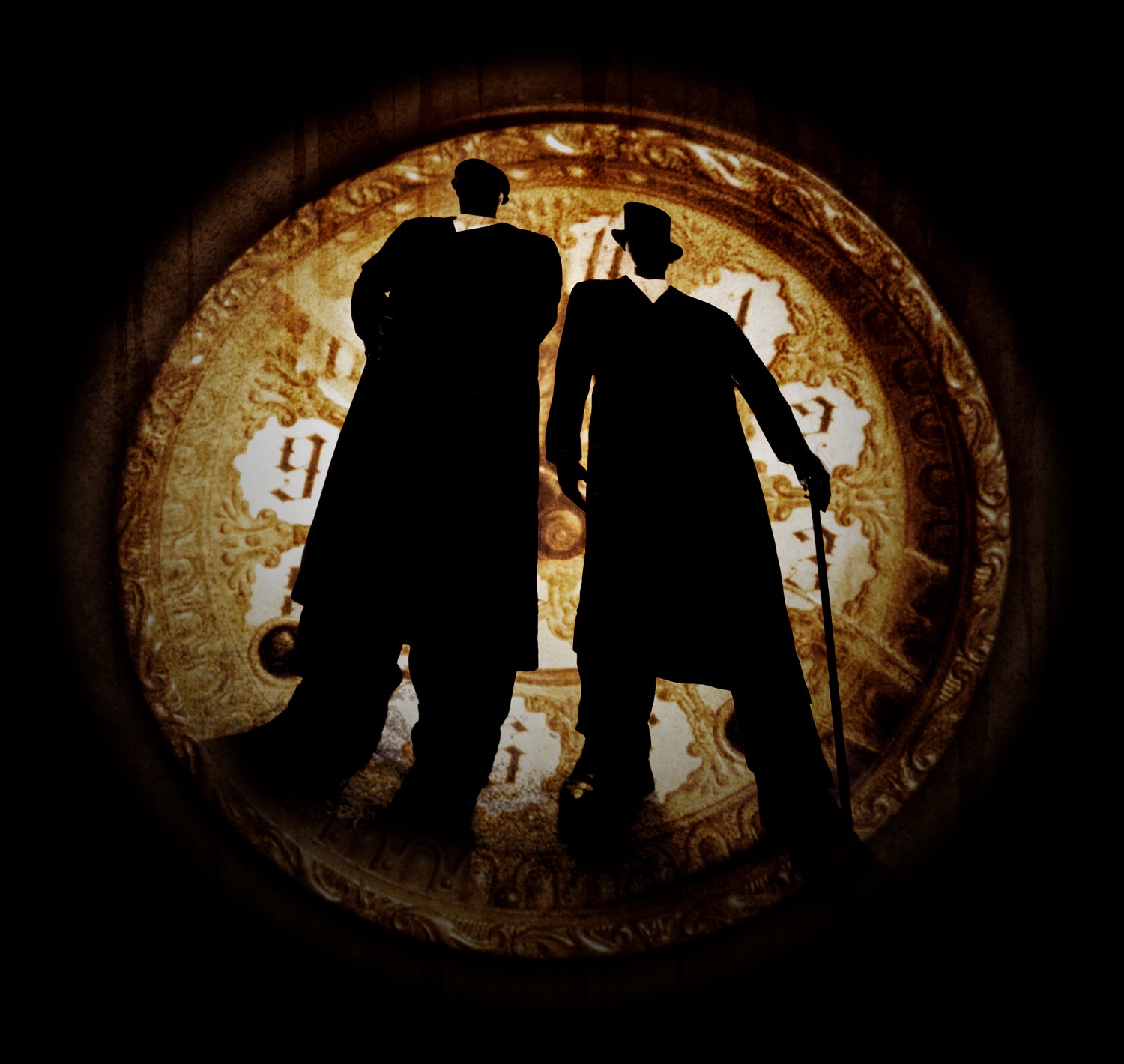 I won't waste your time gushing their praises here - instead, I will let others do so, but first.....

This marks the first live performances for Midnight Syndicate, whose music has been a staple of the haunted house and Halloween-themed retail and entertainment industries worldwide for over sixteen years. "HalloWeekends is the perfect place to launch the first Midnight Syndicate Live! experience," said Midnight Syndicate's Edward Douglas. "The venue is awesome and will allow us to fully realize the exciting, one-of-a-kind show we envision. We're also really psyched to be working with a legendary amusement park that Gavin (Goszka) and I both grew up in." Charles Bradshaw, Corporate V.P. of Entertainment for Cedar Fair, added, "Working with these industry leading music producers on a live show is an exciting prospect. The final product is going to amaze." 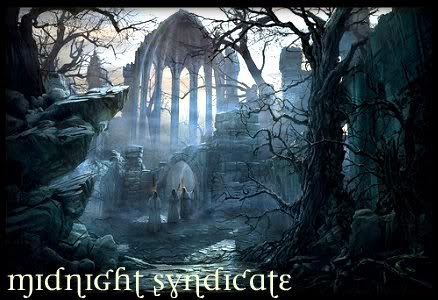 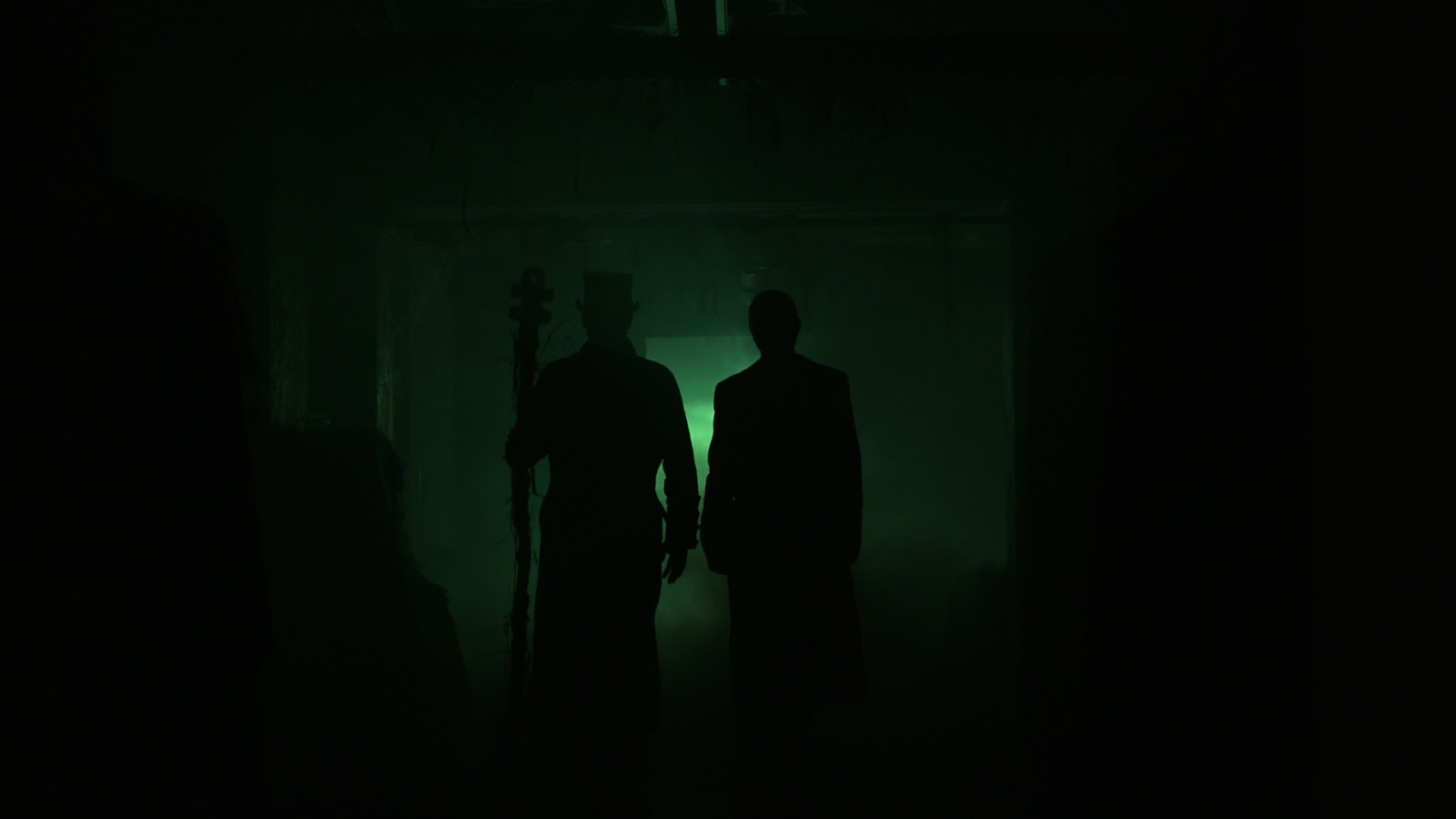 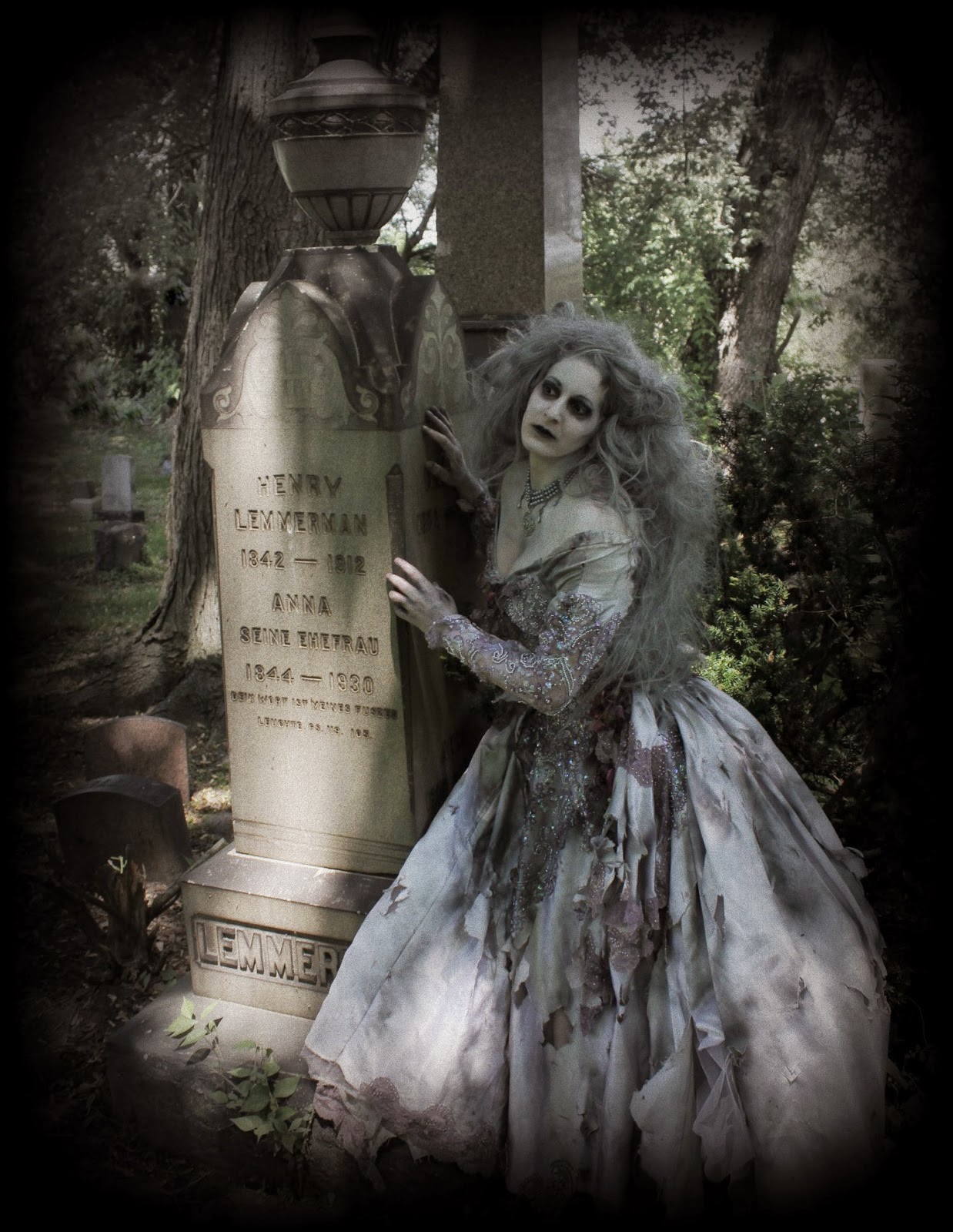 If you've listened to "Monsters of Legend" you've already enjoyed the work of this week's Legions of the Night feature, voice over artist extraordinaire, Dick Terhune. In addition to writing and performing the Latin prayer on "Requiem," his chameleon vocals appear on several other tracks including: "Watchful Gathering" and "Unwanted Visitor." A gifted artist, we're glad to have Dick as part of the Midnight Syndicate production team. Got a haunt, dark attraction, or horror project? Here's more on his company, Voice From Hell.


VoiceFromHell.com came into existence in 2007 as the demonic offspring of my passions: A career in advertising, marketing and voice over...and a lifelong love of haunting. The birth was equally fueled by frustration. As a marketer and ad-creator, I was appalled at what passed for “haunt advertising” at that time—and sadly, to this day. My goal is, was, and always will be to provide the most effective traffic-building marketing strategies and advertising for big, medium and small haunts and scare attractions, wherever they may be.

"Besides being a fan, the music of Midnight Syndicate is a huge part of what I do. When I want to establish a mood or bring a haunt commercial to life (unlife?), I often turn to the Midnight Syndicate library and find juuuuust the dark soundtrack I need. Being asked to provide “background vocals” for Monsters of Legend was a dream come true." - Dick Terhune 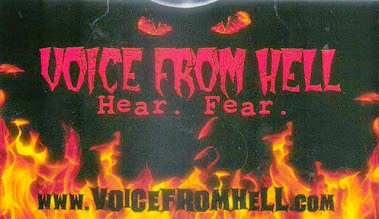 "Midnight Syndicate's dark orchestral music is perfect to wind things down and close the night after the last song at a live Misfits show. It's dynamic and eerie at the same time. It leads you into a macabre world where EVERY NIGHT IS HALLOWEEN." - Jerry Only, the Misfits


"Midnight Syndicate is the greatest horror music in the world!" - Tom Savini


"Midnight Syndicate delivers what others (except for my project Van Helsing's Curse) simply can not. Cool, spooky music. Why settle for "Monster Mash" when you can have the real deal!?" - Dee Snider 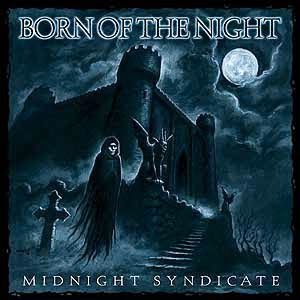 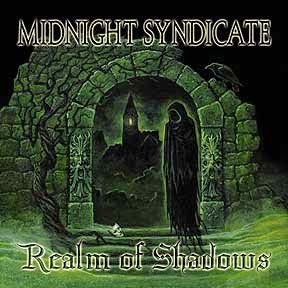 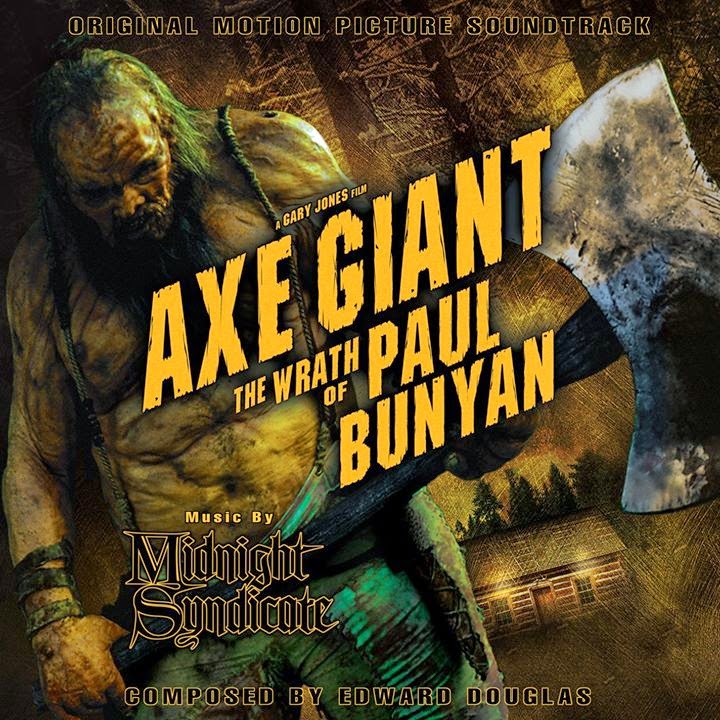 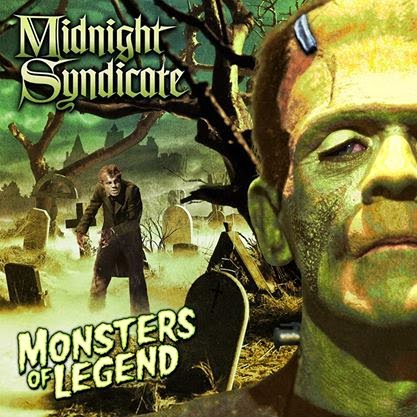 ...and while we're on the subject of Monsters of Legend and Mr. Terhune...

Last August,I did a segment on HAUNTCAST reviewing the Baxter Avenue Morgue, and, in conjunction with that, I also did a small piece with The Voice from Hell celebrating the release of this fine album...

...rather than heap praise myself over it, i will reprint what Mr. Terhune wrote regarding his involvement with the album

"Just over a year ago, I was talking with Ed Douglas–which should be cool enough for anyone–but then he told me that the next “Midnight Syndicate” release would be based on the classic creatures from the beloved Universal and Hammer Films...the “Monsters of Legend.”  And would I be interested in contributing some vocal bits?

I don’t think he was finished asking the question before I said YES, THOSE ARE MY FAVORITE MOVIES OF ALL TIME, OF COURSE, WHATEVER YOU WANT ME TO DO, I’M IN.  One of the tracks is a re-recording of the Midnight Syndicate classic “Requiem” from their 1998 release Born Of The Night.”  Ed asked me if I could do a “dark Latin prayer,” something for the dead.  The original “Requiem” incorporated traditional prayers for the dead...but in addition, I suggested that we do a prayer for the undead.  Taking it further, could we make it a curse?

As if the body being interred is doomed to rise again.  Ed liked the idea, so I wrote a new dark  prayer (in Latin), recorded it, and that’s what you’ll hear in Midnight Syndicate’s new “Requiem” on Monsters of Legend.  And if you want to impress everyone at your next Shocktail party when everyone asks, “Have you heard the new Midnight Syndicate?  I wonder what that guy was saying in Latin?”, here’s the translation of the new piece...

You have passed from this earth.
Your hunger shall be without end.
Never to look upon the sun.
Dead to the day...
Born of the night.

Suffice it to say, getting the chance to work with Midnight Syndicate and play even a small part in this project was a dream come true, and if you haven’t purchased the new Monsters of Legend CD yet, I hope you will treat yourself to it with all due speed." 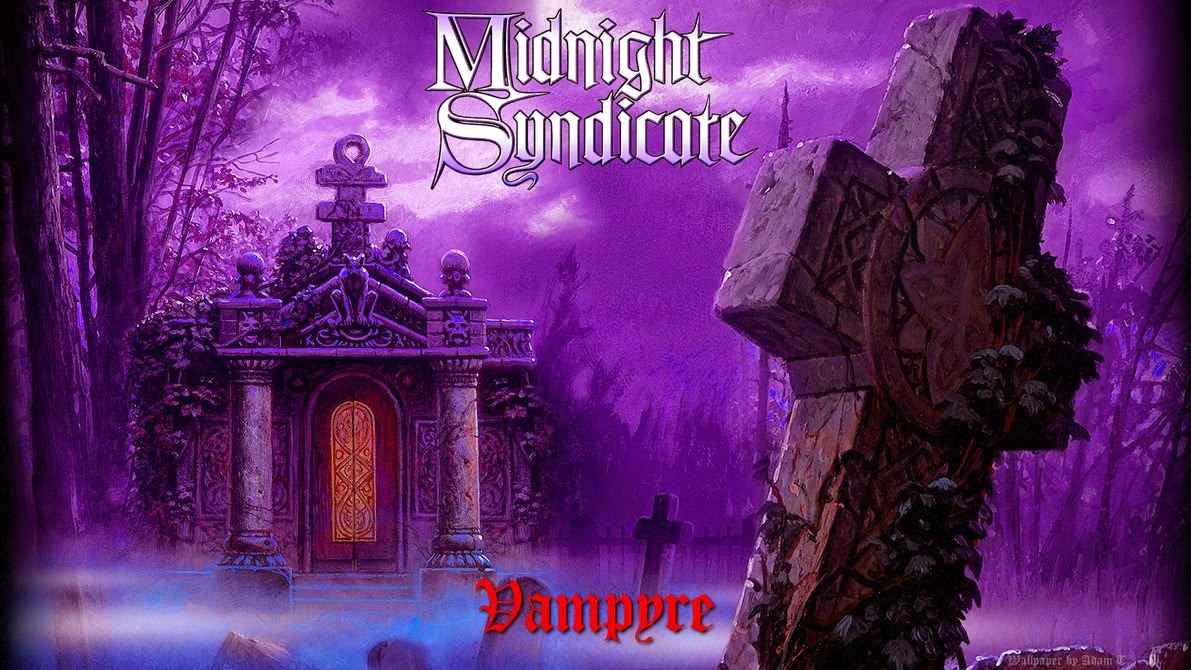 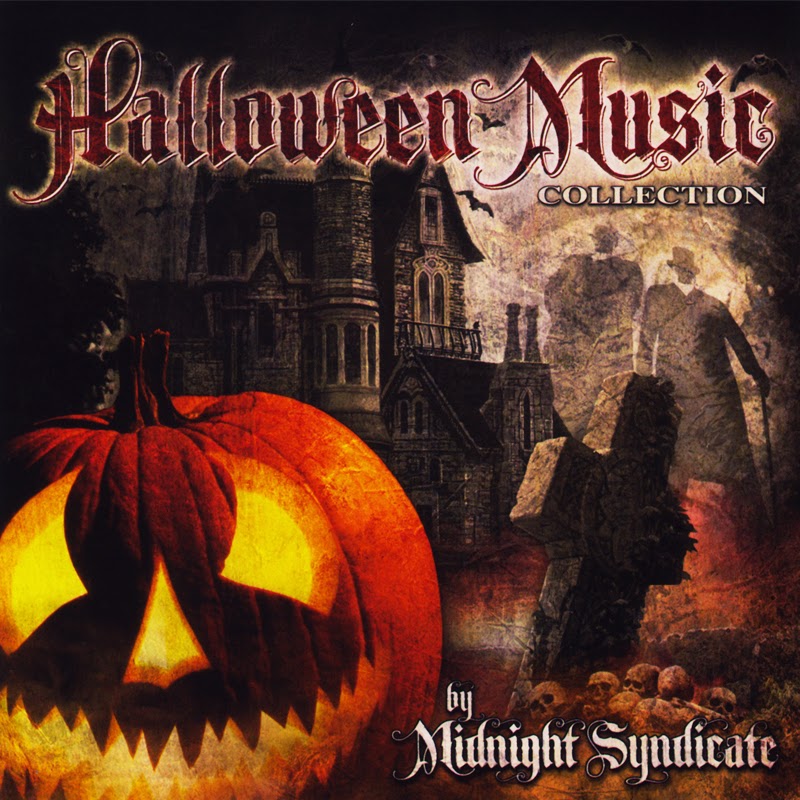 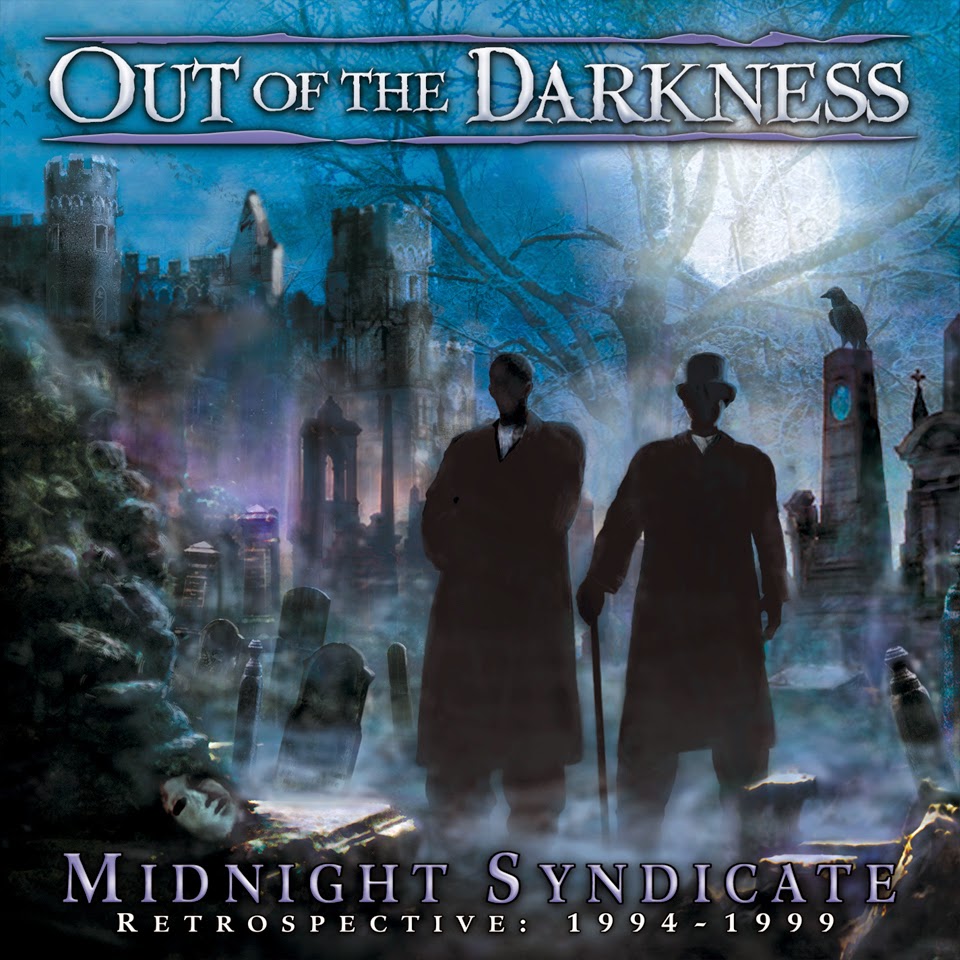 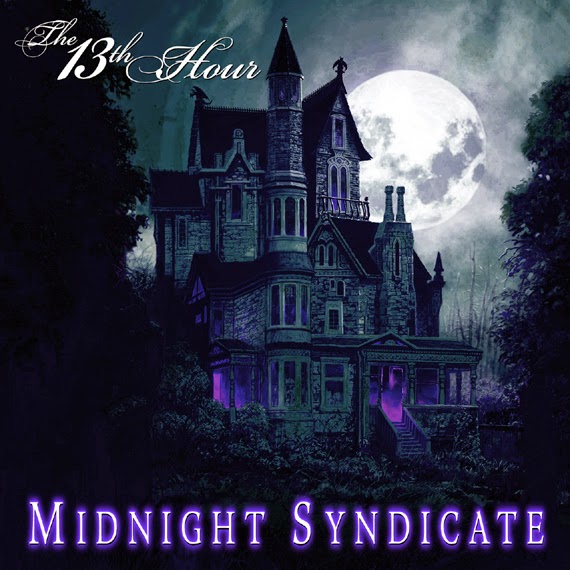 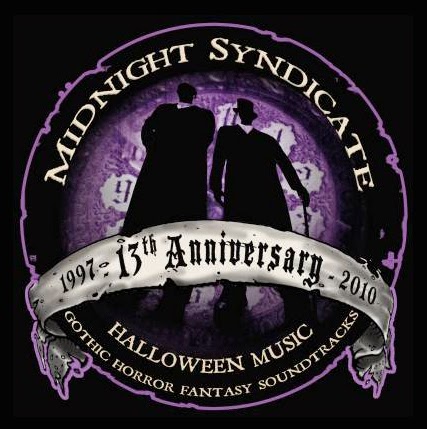 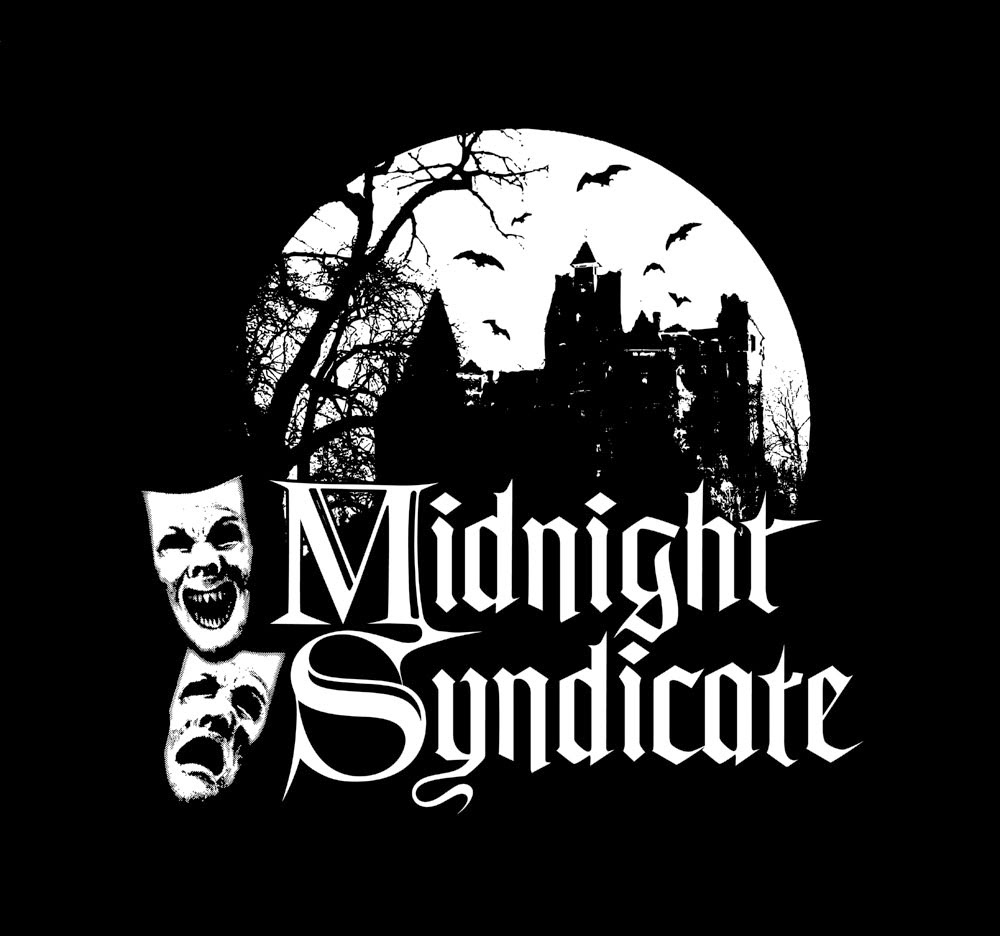 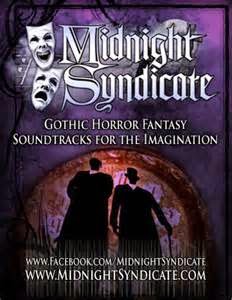 Check 'em out, if you haven't already...and hope to see some of you at Cedar Point this Haunting Season....