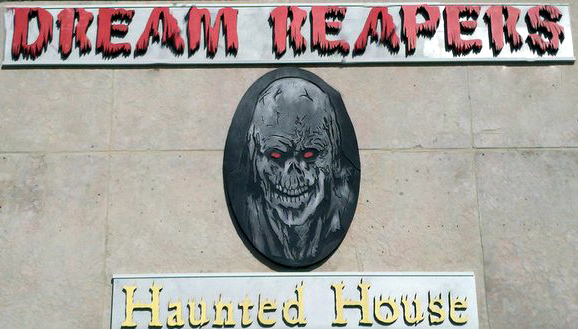 Here we are in August and Halloween is a scant three months away - and in those three months, I 'm doing a review arc of "Must See Haunts for 2012", and we start off in Chicago, my home town...

There are many a haunt out here, but few can compare with Dream Reapers.

Often regarded as "Chicago's Most Terrifying Haunted House", they're located in the suburb of Melrose Park...but do they live up to their claim...?

Haunted Illinois.com rated them #1 for many years and they've made the Top Ten of almost every Illinois list as well.

Dream Reapers is based in an office or warehouse type building, but  has been gutted and any trace of civilization is well and truly gone.

The atmosphere is of dank dungeons, caves, and cemeteries - a Chicago tradition in regards to haunted houses and Halloween...

The Windy City has always had a distinct love for Halloween and few places display it better than here - a testament to imagination, atmosphere and the Windy City's love of all things spooky.

Chicago haunts have a certain atmosphere to them - it's hard to explain, it's a flavor that you can't duplicate except for there... I lived in the Windy City until I was in my early twenties and these things do stay with you!

The sets are a combination of both home crafting and modern technological, but there is such an array of ideas and creativity running around, it's really a treat to behold.

Be aware that Dream Reapers requires a bit of ducking and covering, and don't be surprised by their enthusiastic monsters...all part of the package...

Our visit here was part of my wife's 45th birthday surprise last year - we also dragged along my tow oldest fiends...errr, friends, that's it! FRIENDS - John and Jack, who had the audacity to dare us to scare them

Needless to say, after a quick word to one of the staff who were VERY accommodating, may I add - not the photo of my wife below with the young lady - they got their wish...all I can say is "Any further requests, gentleman?"

Can't wait til this season!

We were fortunate enough to meet the owners, and they were a terrific bunch, friendly and open, though under a bit of pressure as it was opening night - October 1rst, FYI - and had their hands full, and I'm reasonably sure a few members of the press were around...

Due to a truly unfortunate turn of events last year, 2012 will more than likely be their last year in operation, and it's truly a shame, because this is one of the truly great Chicago haunted attractions....best advice I can give is if you haven't seen it, go do so - this very well may be your final opportunity.

And while in Chicago, make certain to catch legendary horror host Svengoolie on ME-TV -  I was lucky enough to meet him in 2009! 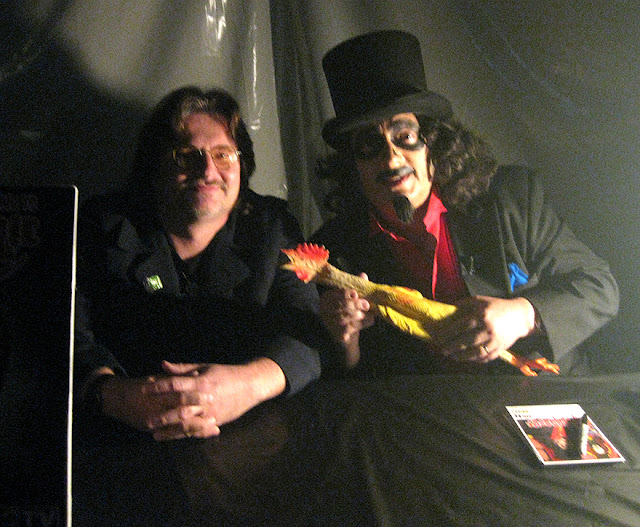 As ever, this is a companion piece to my regular HAUNTCAST segment - go to: www.hauntcast.net for all the details on how to subscribe and all the benefits to do so as well.

You won't be disappointed!
Next time around, it's Round Two of our Must See Haunts Series as we  head to Pontiac, Michigan and Erebus, one of the biggest and baddest haunts in the U.S. of A....

Until then, STAY SCARY! 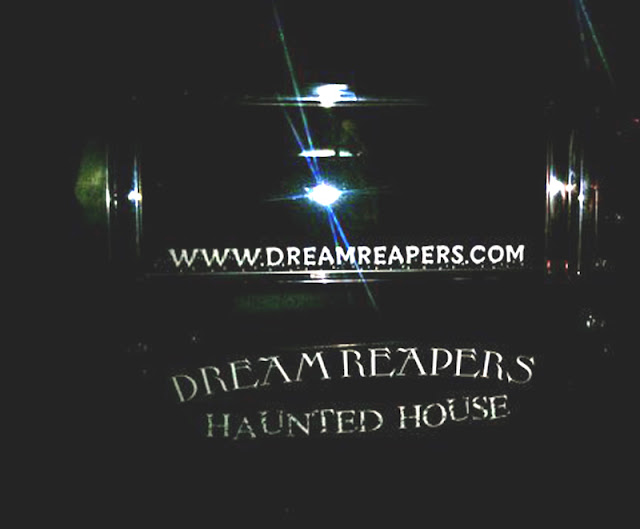 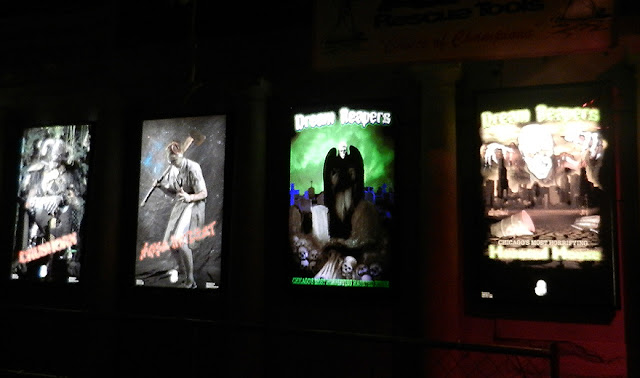 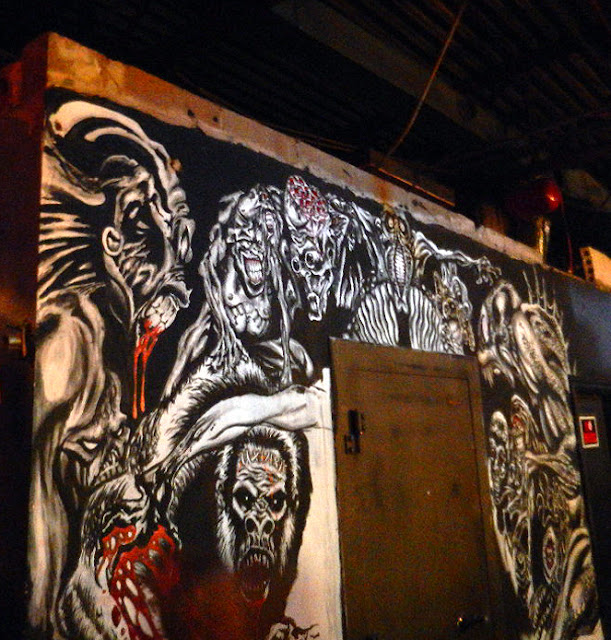 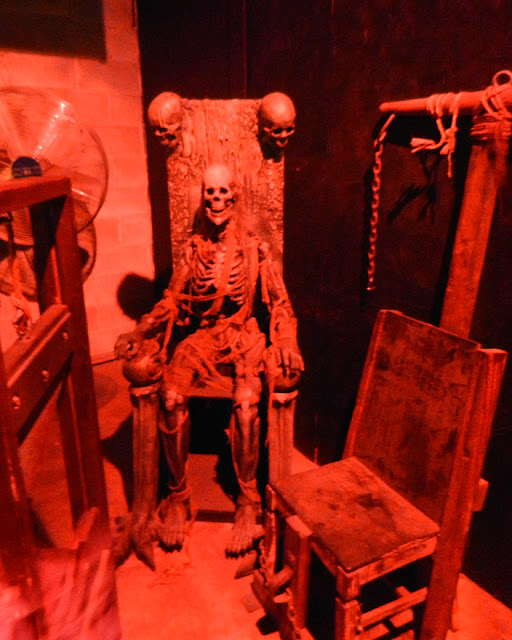 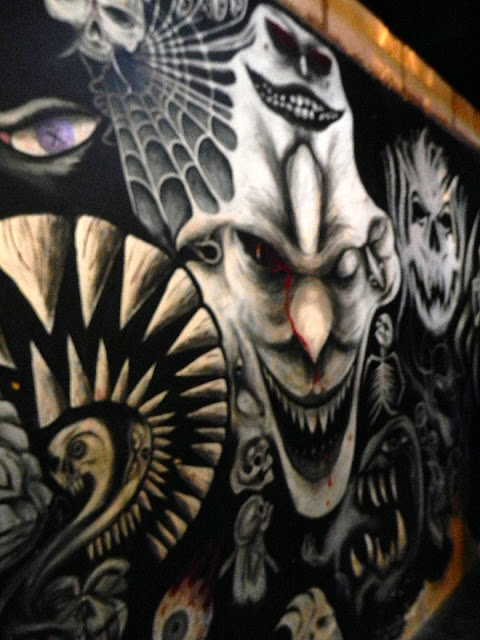 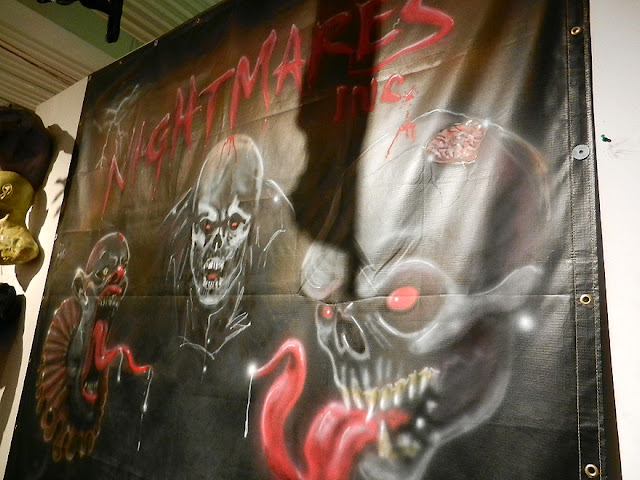 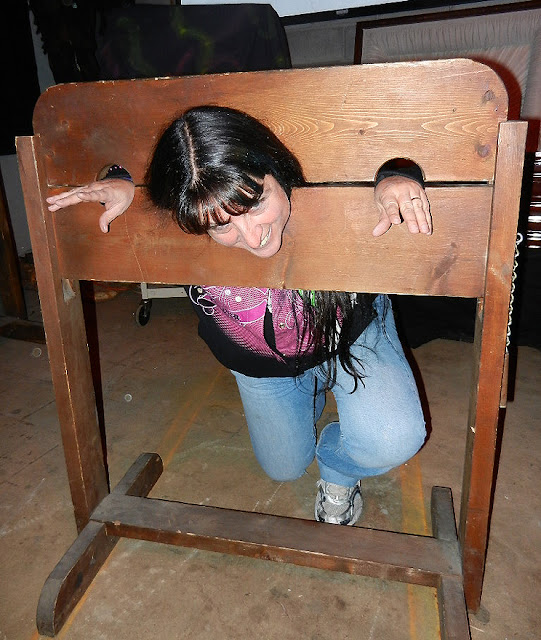 Lisa is also very good at making new freinds...come down to Dream Reapers and find out why the freinds are just dying to get in.... 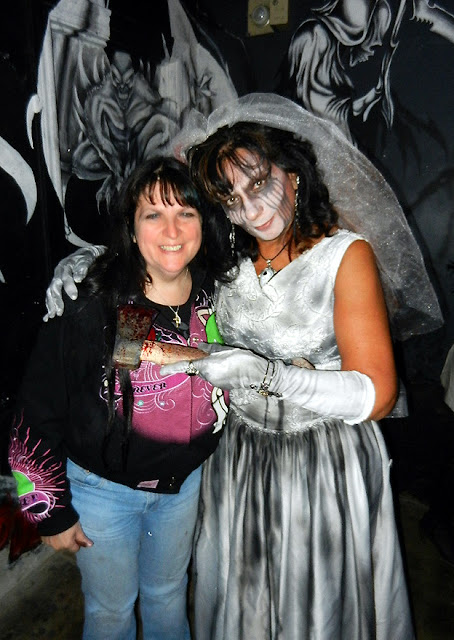