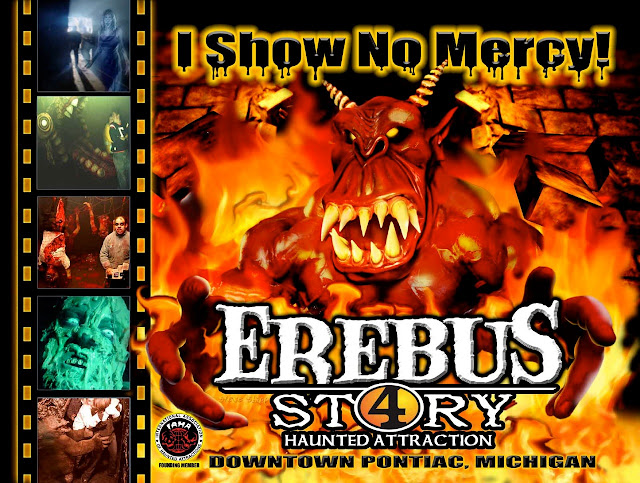 Erebus ranks in my top five best haunts in the USA....why?...it's a terrific example of a haunt that utilizes every square inch of it's space to the utmost - the Guinness Book of World Records termed them "World's Largest Walk Through Haunted House" up until very recently - and they didn't get that Guinness tag for nothing, y'know...

Check all that out for yourself at www.hauntedpontiac.com - their motto is "show no mercy"...and it fits!

Erebus is a four story parking garage that has been turned into four stories of terror...the structure of the place lends itself to it's dark purposes...a trip through gives that consistent feeling of something lurking in the shadows waiting to grab you...and something usually does!

Erebus has that garage haunt flavor - granted, they obviously have a lot more power behind their punch, but the general vibe fits that to a "T"!

Just an FYI, we haven't been there in quite a fewyears - '09 was our last visit - so I'm certain that the layout has changed with time, but, overall, from what I've seen on their site and on the web, they still retain their unique garage-haunt-on-steroids twist... here's another place with tons of home spun props blended in with plenty of technological terrors.

Here's an interesting story - Remember what I said earlier about "no mercy"? - as we were about to board their "Hell-A-Vator" - yes, they actually have one of these! -  there were two young ladies in their early teens who were about to join in with us. One them had a complete meltdown right then and there, blithering over and over with increased hysteria: "Jesus and my mommy love me! I don't have to do this!" - much to the dismay of her friend and the amusement of the staff.

She left in a huff after warnings that she would NOT get her money back at this point...and she was added to their wall of shame,  which, in addition to the victim count, includes wimps, chickens and peed in their pants sections.

The owner sponsors a local haunt newspaper called Fear Finder, and he was kind enough to give us a copy - there is a website for the publication as  well - www.fearfinder.com - and it presents and details the lion's share of the bigger haunts in that area - including Detroit and Cleveland, OH, and it was quite the eye opener...

When speaking to our host, he informed us that the Detroit/Pontiac are has more haunts per capita than anywhere else in the country - and, after going over that paper, I'm inclined to believe him!

At the end of the day, Erebus is just plain old good scary fun, great value for the money and a real sense that the people doing this are just loving every minute of scaring the crap out of ya'

Next time around, for the Halloween edition, we're off to Atlanta, Georgia, to take in one of the Biggest and Baddest of them all - Netherworld! 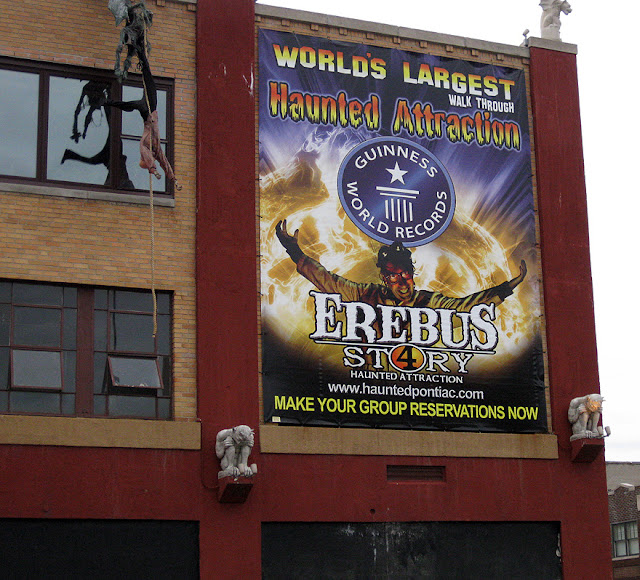 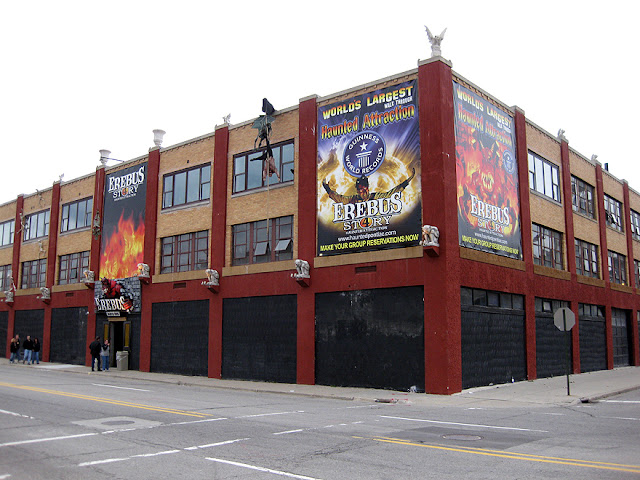 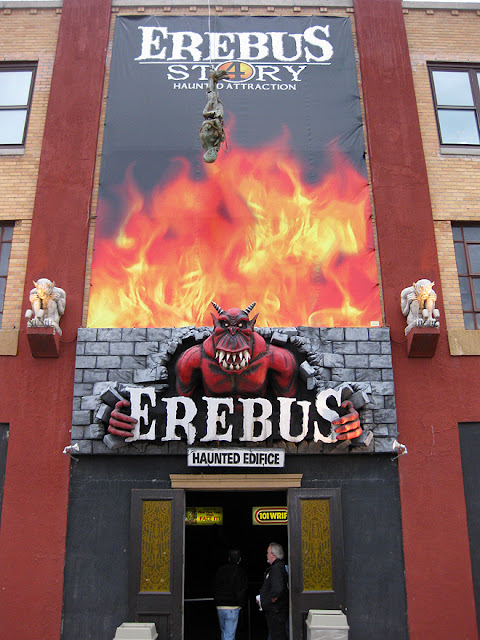 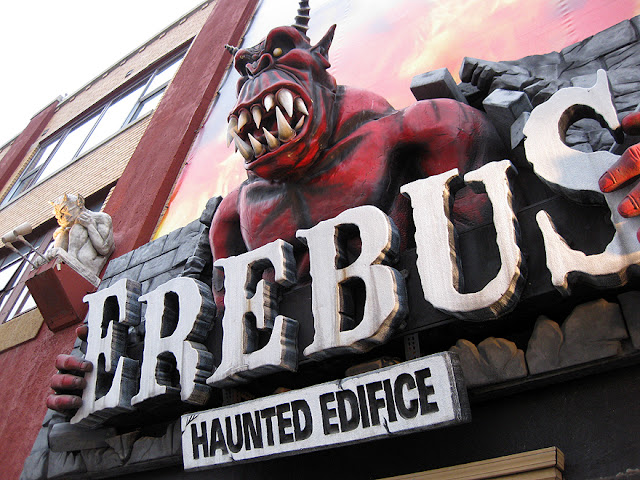 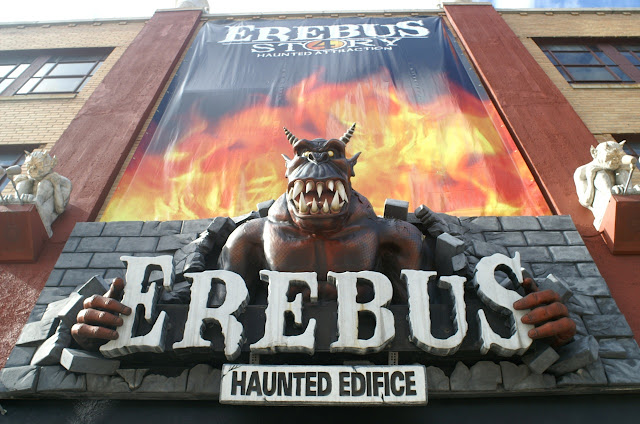 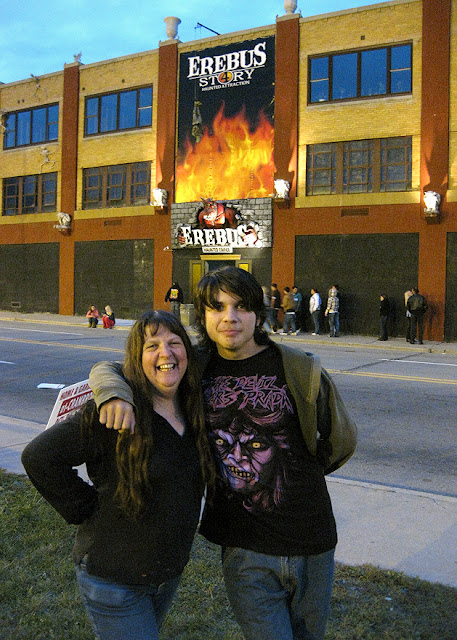